A few of my models

I'm sure I'm not alone in finding photos of other peopl's modelling interesting and inspirational. Whilst I certainly don't claim to model to some kind of elite, exacting standard, I hope that a few photos here and there may not go amiss. Please don't ask if I'll be making these commercially available - most of them are bodged together from offcuts of plasticard and tubing, so it'd take far too long to make more of them. But hopefully you'll see them and realise that you could probably produce something like that but a little better, and it'll inspire you to get modelling. 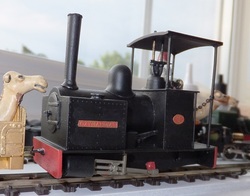 A scratchbuilt Bagnall 040IST inspired by Rameses, a similar loco that the Royal Engineers took on the Sudan campaign, and which was abandoned in the sand at El Teb until rediscovered a decade or two later. Built using 2 photos of Rameses in post wreck condition, the similar 042IST supplied to Woolwich and drawings of the Kerry Tramway's Excelsior onto a reversed Fleischmann 7000 chassis (replacement axles from brass rod with styrene outside frames and cranks). This qualifies as a Dapol Pugbash due to the inclusion of one piece of the kit. Answers on postcards to the usual address. 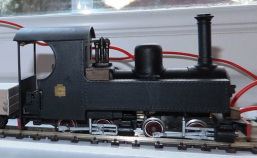 My interpretation of a small Decauville Mallet reduced in size to fit 18" gauge. This loco took me nearly 2 years from start to finish, though truth be told it spent much of that time in a drawer as there were a number of problems during it's construction. It is built onto 2 fleischmann 7000 chassis, with the front one shortened (it had no motor) and articulated to the leading coupler pocket of the rear engine unit.The front of the boiler rests on a sliding bearing which holds the leading engine unit onto the track. Although a large loco (for O9) this will round a 5" curve, though it'll tip over if you go too fast. 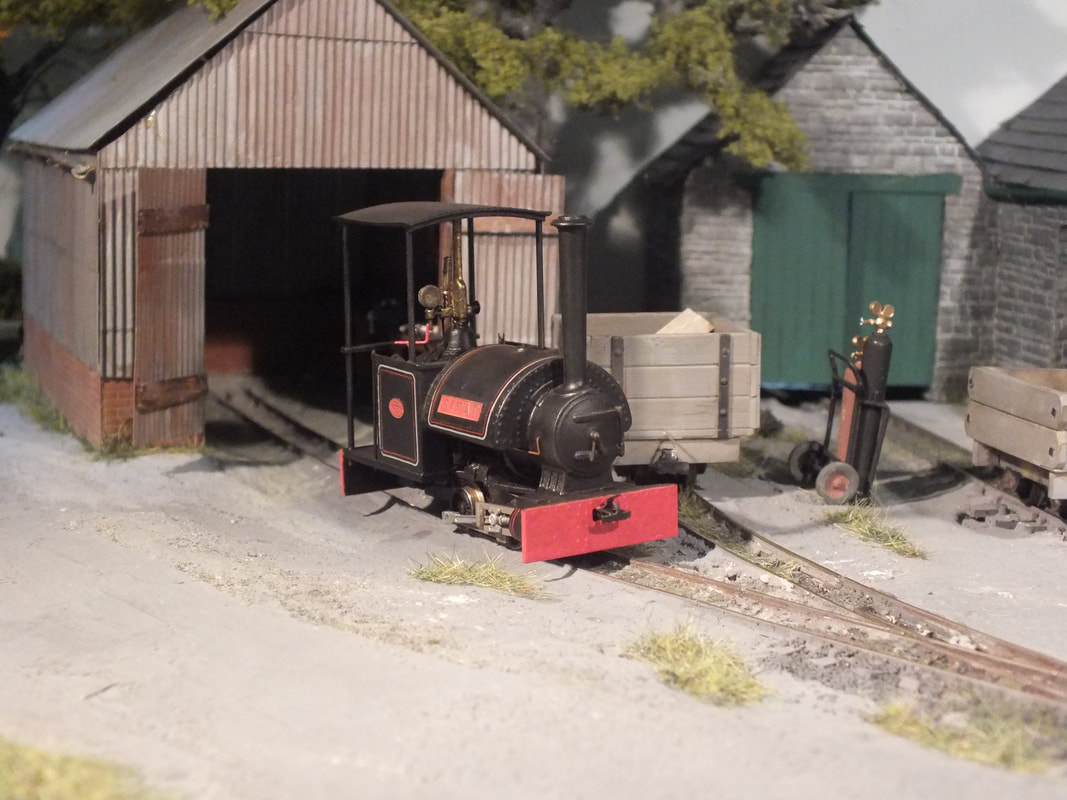 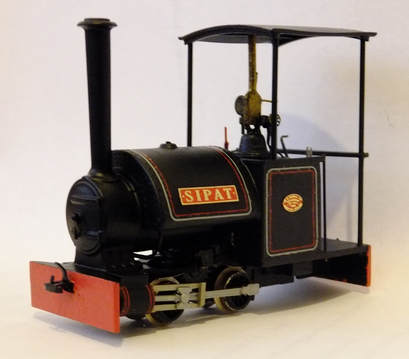 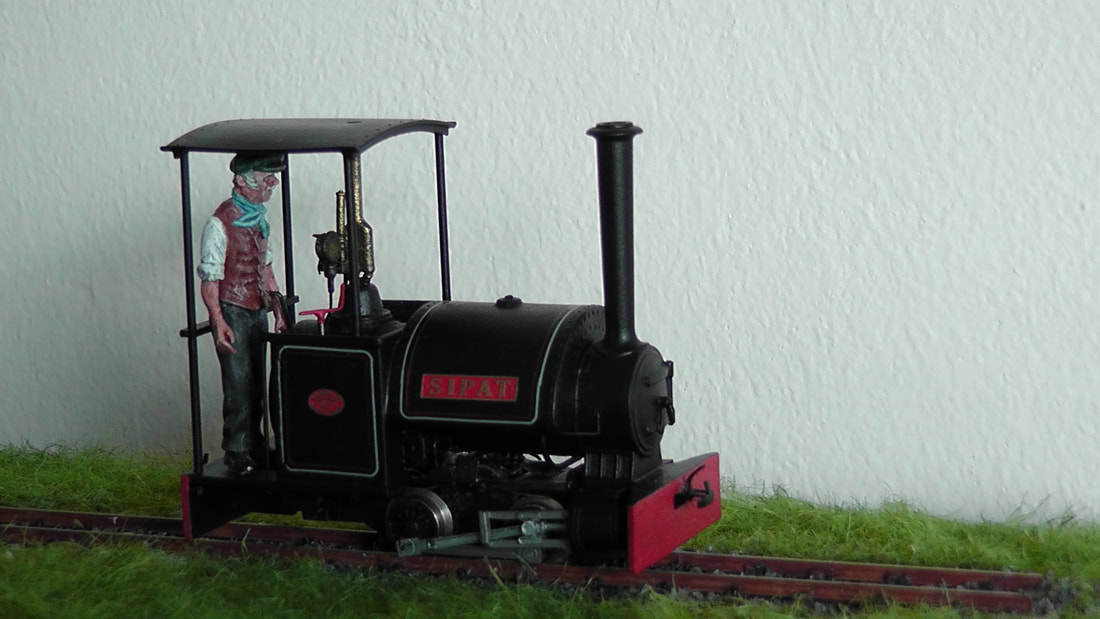